How We’re Planning To Weather This Market Storm

I woke up this morning to pounding rain as the outer bands of Hurricane Ian sweep across Florida. Then I flicked on Bloomberg to see the British pound get pounded as the Bank of England felt the need to intervene and buy gilts (bonds) to try to stabilize their markets.

For now, England’s issues are mostly isolated. But make no mistake, in this interconnected world, the economic storm hitting the epicenter of Europe’s financial infrastructure could very well ripple onto U.S. shores.

The Bank of England’s actions were apparently to prevent some major pension funds from blowing up.

We like to beat up on the Fed and Chairman Powell but, boy oh boy, what a mess of policy mistakes the U.K. has made in just the past few weeks. They are raising rates while simultaneously providing fiscal stimulus — which is akin to stepping on the gas and brakes simultaneously — and last night’s intervention is like throwing the gears in reverse to stop the car from hitting a tree.

Of course, this accident has been a decade in the making as markets were happy to speed along burning through all the free money central banks across the globe had been printing in with their ZIRP.

So, even though U.S. markets are stabilizing today, the bursting of the “everything bubble” is not over. Yes, the most speculative stuff from crypto/NFTs to SPACs and the profitless “disruptor” stocks (AKA Cathie Wood Funds) have popped. But the major stock indices and the real estate market are still vulnerable for further price compression.

Higher interest rates will cause stocks to be awarded lower valuations simply on the basic discounted cash model. The reduced access or higher cost of money will rein in the growth at any cost models many companies and their stock prices had been running on.

In the housing market, I don’t foresee a crash or anything close to what happened during the 2008 financial crisis; there simply isn’t anywhere near the type of leverage that was used to create that bubble.

But we do need to see some pullback in prices as home prices and rents have become unaffordable and therefore unattainable. The average home price is now nine times the average personal disposable income, and rents in most major cities are above 50% of average income. Thankfully home prices did show a decline in August — their first in 19 months. 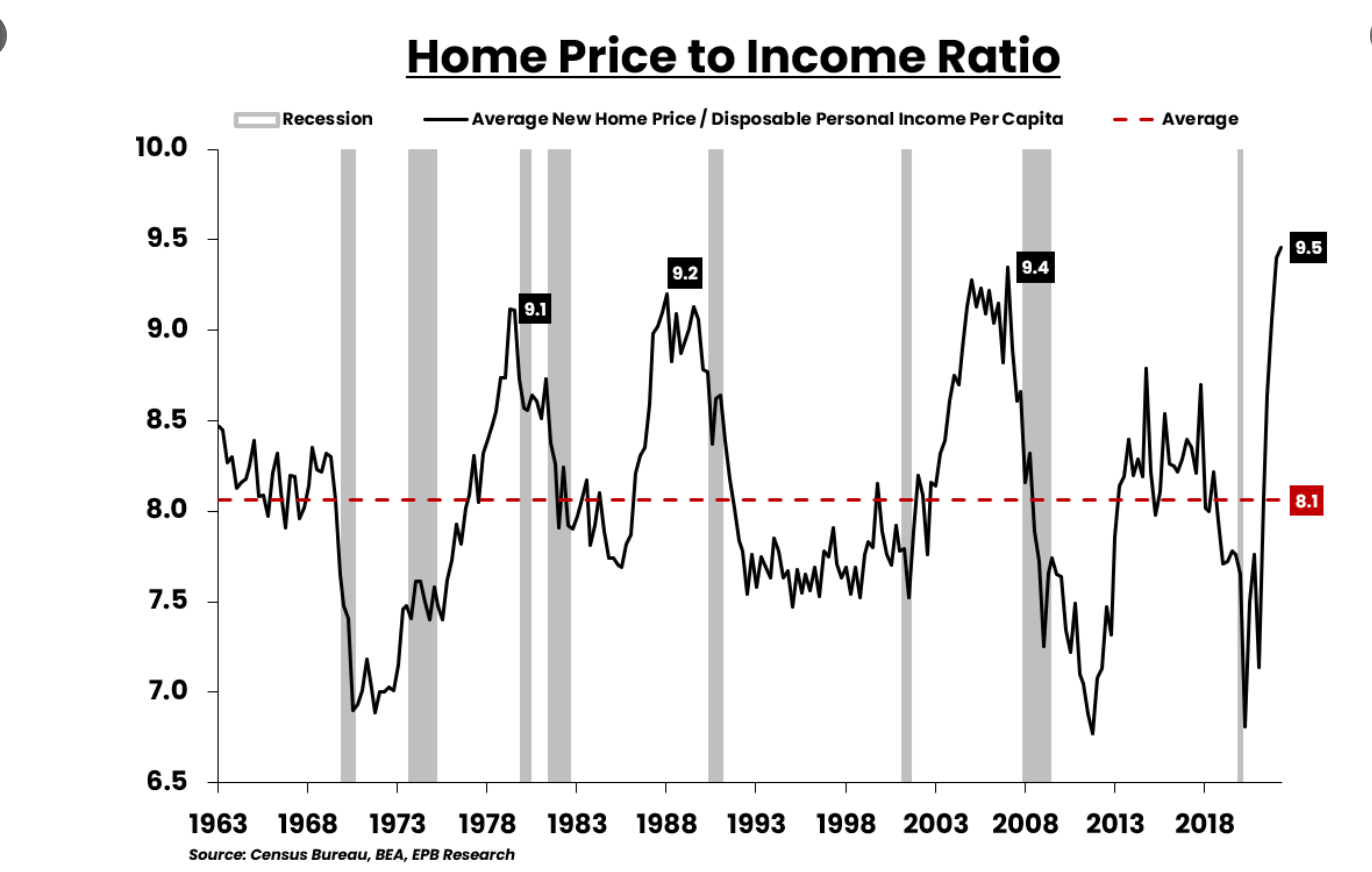 I’m not sure how all this will play out, but at the moment a storm is brewing and financial markets are very jumpy. Liquidity is starting to dry up global bond and currency markets, leading to price vacuums and oversized moves on whatever the latest data point is.

To go back to the hurricane analogy, the Tampa Bay basin is currently bone dry as Ian sucked up all the water (as you can see in the screenshot below). Now it’s a question of where, when, and how much will surge or be dumped back. 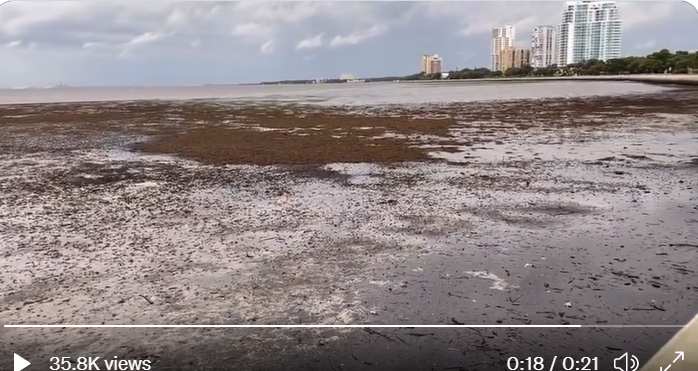 Personally and professionally, I’m giving both a wide berth. For Options360, that has meant a sharp reduction in both the size and number of trades we are making. Currently, we are down to just two positions.

For me, even though I’m on the opposite coast (about 150 miles from where the storm will make landfall), I’m still leaving my house. I’m on a barrier island, which is prone to flooding and I don’t feel like waking up in the middle of night with water seeping under my door if Ian is still packing a punch as it moves across the state. It’s easy enough for me to take a short drive and stay with a friend a bit south and inland.

Likewise, it’s easy enough to stay out of harm’s way regarding the market. Sure, it would be thrilling to try to ride out a hurricane or try to catch some big move or market crash, but I’m getting too old to want to try to rebuild my house (which I rent) or my portfolio.

Navigate the markets alongside a pro with Options360

Remember the math; if you find yourself down 50%, it will take a 100% gain just to get back to even. That’s a tough hill to climb, even for the best traders.

Steve Smith have been involved in all facets of the investment industry in a variety of roles ranging from speculator, educator, manager and advisor. This has taken him from the trading floors of Chicago to hedge funds on Wall Street to the world online. From 1987 to 1996, he served as a market maker at the Chicago Board of Options Exchange (CBOE) and Chicago Board of Trade (CBOT). From 1997 to 2007, he was a Senior Columnist and Managing Editor for TheStreet.com, handling their Option Alert and Short Report newsletters. The Option Alert was awarded the MIN “best business newsletter” in 2006. From 2009 to 2013, Smith was a Senior Columnist and Managing Editor for Minyanville’s OptionSmith newsletter, as well as a Risk Manager Consultant for New Vernon Capital LLC. Smith acted as an advisor to build models and option strategies to reduce portfolio exposure and enhance returns for the four main funds. Since 2015, he has worked for Adam Mesh Trading Group. There, he has managed Options360 and Earning 360, been co-leader of Option Academy, and contributed to The Option Specialist website.

It's not goodbye, it's hello Magnifi!

Magnifi Communities does not endorse this website, its sponsor, or any of the policies, activities, products, or services offered on the site. We are not responsible for the content or availability of linked site.

Take Me To Magnifi